What to Make of Muslim Republican Congressional Candidate Omar Qudrat

One of the candidates for California’s 52nd Congressional District is Omar Qudrat.

Qudrat is a muslim running as a Republican who states he is against Islamic law (sharia). 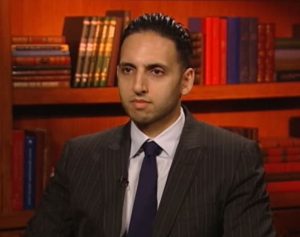 Qudrat said, “Radical Islamic terrorism is a real threat to our nation…That includes organizations that hold themselves out as advocacy groups.”

But Qudrat also says the compatibility of American “values and principles” and Islam are so seamless they are indistinguishable.

It is important to note the various strategic entities in the global Islamic Movement often appear to publicly be in conflict with each other – like when Hamas doing business as the Council on American Islamic Relations (CAIR) publicly condemns ISIS or an individual jihadi attack (San Bernadino jihadi operation).  CAIR does this so they can draw closer to local, state, and federal officials to feign concern and a desire to help.  Yet, since CAIR is a Hamas (Terrorist) group, we know their real objective is to subvert in furtherance of establishing an Islamic State under sharia.

This kind of tactic is called a Splinter Operation.  Two sides of the same enemy feign conflict to get us to draw closer to the “nicer” of the two – in this example, the suit-wearing jihadis at CAIR. 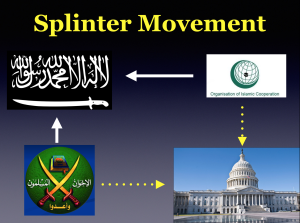 In a Splinter Movement suit-wearing jihadis like CAIR, ISNA, OIC (political) openly condemn violent jihadis like ISIS to get U.S. political officials, military, law enforcement & others to draw them in closer

Qudrat claims he is against Islamic law (sharia), yet claims Islam seamlessly flows into American principles, which is demonstrably false, since Islam and sharia cannot be separated.

While it is possible Qudrat is completely ignorant of Islamic doctrine/sharia, it is also true that every prominent muslim Republicans have let in the front door in the last 20 years has proven to be a jihadi.

Is Omar Qudrat the first exception?