US Jihadi Political Party to Blitz Capitol Hill Next Week

The U.S. Council of Muslim Organizations (USCMO) will spend Monday and Tuesday of next week on Capitol Hill advocating their position as the first national Muslim political party.

No surprise – the Muslims who will “represent” the Muslim community in our nation’s capitol actually represent jihadi (“Terrorist”) organizations.

This is another attempt by our enemies to put a tuxedo on a turd and call it dessert.  Let us pray our leaders don’t line up to eat.

The brazenness of this effort by the enemy with no response from our leaders is what should concern American citizens. 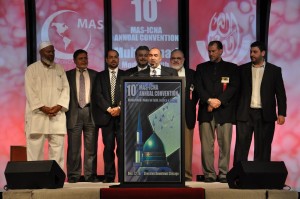 Can you find the guy who is NOT Hamas in this photo?  Hint: There isn’t one.

Facts and evidence apparently have little weight these days, but lets lay them out anyway.

MAS was identified by its leaders and the U.S. government (US v Sabri Benkhala) as a Muslim Brotherhood organization.

ICNA was identified as a part of the MB’s Movement in North America by evidence in the US v Holy Land Foundation (HLF) trial in Dallas, Texas in 2008 – the largest terrorism financing and Hamas trial ever successfully prosecuted in U.S. history.

The ICNA/MAS Training Guide calls on its adherents to establish an Islamic State under Sharia and “wage war” to do so (page 117/321).

CAIR was identified by evidence in the US v HLF trial as being the 4th organization created by the U.S. Palestine Committee (Hamas) to be a front for Hamas here.  The Federal Judge and the Appellate Panel agreed.

The Mosque Cares is a part of Imam W. Deen Mohammed’s jihadi network.

American Muslims for Palestine (AMP) is one of the latest fronts created by Hamas in the U.S. led by Muslim Brother Dr. Hatem Bazyan.

The Board of Muslim Legal Fund of America (MLFA) is littered with Hamas leaders including…all of them.  Dr. Jess Ghannam, Dr. Hatem Bazian (name familiar?), Tarek Alkadri, Mouffa Nahhas, and Khalil Meek.  Alkadri, Nahhas, and Meek all openly served in various positions for Hamas in the U.S. (dba “CAIR”).

MUNA is another well-known MB organization which is a part of the American Muslim Task Force, yet another conglomerate of MB/Hamas organizations whose leaders are made up of the usual suspects.

MANA is led by senior MB leaders Ihsan Bagby and Siraj Wahhaj.  Readers may recall that Wahhaj is an unindicted co-conspirator in the 1993 World Trade Center bombing and was a “character witness” for the Blind Sheik, Omar Abdel Rahman.  MANA’s shura council previously included Luqman Ameen Abdullah before he was killed by the FBI when they raided his Masjid al Haqq  mosque in Detroit mosque a few years ago.  Abdullah’s group sought to establish an “Islamic State” under “Shariah Law.”

AMA can be summed up by a quote from the protege of the Muslim Brotherhood’s Founder Hassan al Banna quoted on AMA’s website:  “Membership in AMA is not optional but mandatory for every Muslim.”  Dr. Maher Hathout, Muslim Public Affairs Council (MPAC) – also an MB organization.  Decades ago, Hathout and his brother spent time in Egyptian jail for being members of the Muslim Brotherhood.  The Chairman of AMA is Dr. Agha Saeed.  You guessed it – he is a Hamas leader.

The Mosque Foundation in Chicago is a Hamas front.  Its leader Sheik Kifah Mustapha was a named unindicted co-conspirator in the US v HLF trial (largest Hamas trial in American history) because he raised money for Hamas.

So, next Monday, Capitol Hill will be swarmed by Hamas jihadis in suits. These men should be in jail, not on Capitol Hill.

UTT encourages all readers to contact their Senators and Representatives and ask them why they are allowing terrorists on Capitol Hill.