The Strategy for Victory Begins with Sheriffs and Pastors

Victory is a word few people are using these days when discussing the war – a war against the entire Global Islamic Movement including ISIS, Al Qaeda and the hundreds of other jihadi groups and nation-states supporting them.

Some do not know we are in a war.  Others know but pretend we are not.

But some people know we are at war, know the enemy, and are willing to do whatever it takes to win.  This article is for those people. 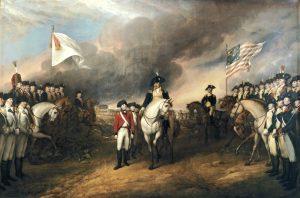 There exists in the United States a massive and growing conglomeration of hard-left/marxist organizations working with jihadi (“terrorist”) leaders and organizations – led primarily by the Muslim Brotherhood – preparing for battle at the ground level in America.  Our enemy has co-opted the elite class in America from both political parties who are providing direct support to them along the way.

When the threat organizations and supporters of the enemy movement are mapped across the U.S., it can be seen that a massive insurgency exists inside the United States.

A cursory examination of jihadi front organizations in America reveals there are now approximately 3,000 Islamic Centers/mosques in all 50 states (most of which are a part of the Muslim Brotherhood’s Movement), over 700 Muslim Students Associations (recruiting jihadis) on every university/college campus in the U.S., almost 200 Islamic Societies (all subsidiaries of the MB’s Islamic Society of North America – ISNA), and thousands of other organizations the Muslim Brotherhood has created since it published its Implementation Manual in 1992 dictating the types of organizations which must be created for the Movement to achieve its objectives.

The Brotherhood has organizations dedicated to working with the U.S. Congress (taking them on junkets to Saudi Arabia), at the State Legislature level (taking them on junkets to Turkey), at the local level with school boards and city councils, with Christian and Jewish organizations through the facade of “Interfaith Outreach,” and through many other channels.  President Bush implemented Sharia Compliant Financing measures during his time in office, thereby creating Islamic banking as an official part of the U.S. government – which necessarily funds jihad (“terrorism”).  Legal, media, social, and children’s organizations are all part of this network.

For many, the problem seems too big to tackle.  But that is not the case.

The remedy for an insurgency is a counter-insurgency.  In a counterinsurgency, the focus of the battle is at the local level.

At the local level, local police become the tip of the spear.

In order for local police to identify the jihadi network in their local areas, they must first understand the threat and be able to map it out.  Once they do this, they can rip it out by its roots.

UTT’s experience is that when law enforcement officers hear and understand the information in UTT’s programs detailing Islamic sharia and the jihadi network in the United States, they understand it at a deep and practical level.  Our enemies know this, which is why they work very hard to keep UTT and its programs from ever being heard by professionals in law enforcement or national security.

The most powerful law enforcement officers in America are Sheriffs.

In order for law enforcement to aggressively pursue the enemy, they must have the support of a community who understands the threat and agrees it must be dealt with.

Pastors are key leaders in this effort.  And herein lies the problem.

American Pastors have, for the most part, stood silent since 9/11 while hundreds of thousands of Christians all over the world have been – and continue to be – butchered, tortured, and slaughtered by the armies of Mohammad (ISIS, Al Qaeda, et al).  Many Pastors – of all faiths – have failed to speak truth into this evil that is destroying Christian communities across the Middle East, Africa, and elsewhere.  Many Americans are stunned by what they describe as utter cowardice by Christian leaders.

“In Nashville, Tennessee we have a new clerical circumcision.  The ministers to be and the seminarians get their foreskin removed, their testicles removed, their backbone removed, and the frontal lobes of their brain removed.  It produces the perfect clergyman.  He smiles, is very pleasant.  But he grovels and can’t stand up on his back legs and support anything.”

This must change.  The faithful of America cannot passively sit by.  They must take an active role in pushing leaders in their churches to speak truth and take action or step down.

County by county and state by state, this war will be won at the local level.

Citizens must support Sheriffs who understand this threat and are willing to address it head on.  Those who lack the knowledge or courage need to be given an opportunity to do the right thing, but if they do not, they must be replaced with leaders who will speak truth and protect and defend their communities.

Here are a few things you can do:

As in any war, the majority of people will not get involved.  It is up to the few who are willing and able to stand in the gap and defend the Republic.

You are needed now.