Suleiman the Magnificent, who is known as the most respected sultan of the Ottoman Empire, was in power from 1520-1566.  The empire included modern Turkey, Syria, Northern Iraq, Israel, Palestine, Egypt, the west coast of Arabia, and the Balkan territory of southeastern Europe.  During his reign Suleiman added southern Iraq, Kuwait, the eastern coast of Arabia, most of North Africa, Hungary, and the Crimea.

Suleiman the Magnificent mastered manipulation of  spies in the community for profit or status to provide information about his enemy during his 46 years as emperor.  Suleiman organized a strong army and was a man of the sword, as his father and great-grandfather had been before him.  Suleiman saw the advantage to use common shopkeepers and community members to gather intelligence as a deception of war.

During the Soviet’s war in Afghanistan in the 1980’s, the Afghans set up beverage stands immediately outside the Soviet bases.  In fact, these stands – similar to the stands Afghans set up outside U.S. bases in our recent war there – were used as intelligence collection points.

As convoys came and went from the bases, their size, number of vehicles, estimates of personnel, and routes were radioed ahead to the mujahideen ahead who would often ambush them. 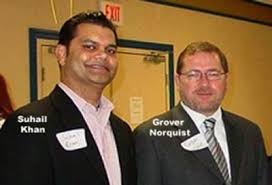 Suhail Khan went on to gain a secret clearance and work for two successive Secretaries of Transportation with access to America’s infrastructure, despite his ties to jihadis like his father, Al Qaeda financier Abdurahman Alamoudi, and many others.

In the largest terrorism financing trial ever successfully prosecuted in American history – US v Holy Land Foundation for Relief and Development, Northern District of Texas, 2008 – ISNA was identified by the U.S. government as a Muslim Brotherhood organization which sent money directly from its accounts to leaders of the terrorist organization Hamas and to Hamas leaders overseas in violation of U.S. law.

Mohamed Magid was the Vice President then President of ISNA for many years, had a secret clearance, served on the U.S. Department of Homeland Security’s Advisory Committee, was a frequent guest at the White House, worked with several Secretaries of State, led “Interfaith Outreach” programs with the Christian and Jewish communities in America, and was – and still is – involved in many other Islamic jihadi organizations. 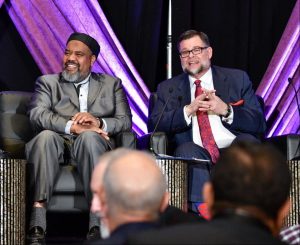 Until the Islamic Movement in the United States achieves their objective of establishing an Islamic State under sharia (Islamic Law), their primary focus is to influence and gather intelligence.

Because sharia obliges muslims lie to non-muslims if the goal is obligatory, some even publicly lie about their lack of understanding or knowledge of Islam, reject all support for Muslim Brotherhood entities, and profess patriotic ideals.

Prominent muslims who have done this over the years include:  Abdurahman Alamoudi – the most prominent Islamic leader in America in the 1990’s who was an advisor to President Clinton and a financier for Al Qaeda, now in prison; Anwar al Awlaqi – darling of the U.S. media who conducted briefs at the Pentagon, U.S. Congress and elsewhere, who turned out to be the leader of Al Qaeda in Yemen and the most prolific recruiter for Al Qaeda; and the list goes on. 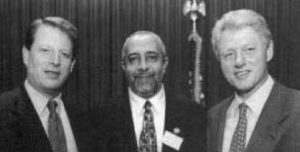 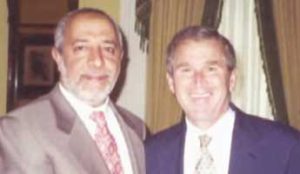 When muslims hold positions of influence at the local, state, and national levels, it is reasonable to ask the difficult questions about their fidelity to the Oaths of Office they profess.  Reason and common sense require it, and America’s national security demands it.