How Badly is The U.S. Government Penetrated by Terrorists?

A reminder of the serious penetration of our system by suit-wearing jihadis.  Remember this is much more a counterintelligence and espionage problem than merely a “terrorism” issue. 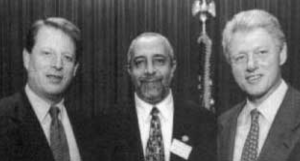 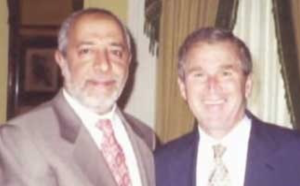 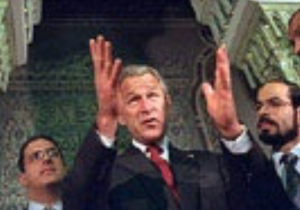 President George W. Bush speaking at the Washington Islamic Center immediately after 9/11 with Hamas Leader Nihad Awad on his left & Deputy to Al Qaeda financier Khaled Saffuri on his right 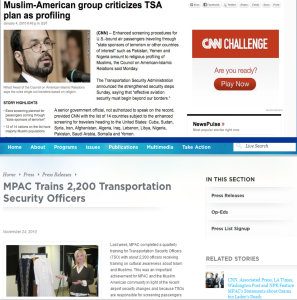 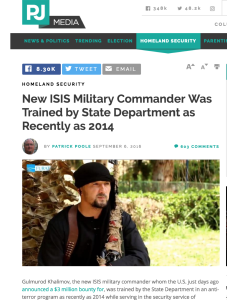 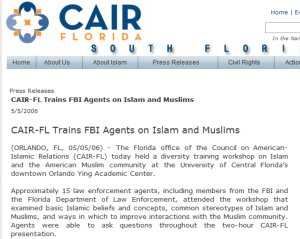 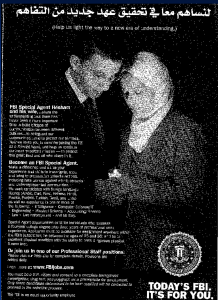 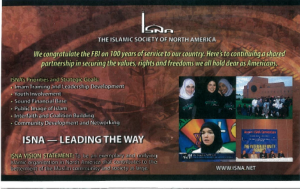 The largest terrorism financing trial ever successfully prosecuted in American history identifies ISNA as a Muslim Brotherhood organization funding the terrorist group Hamas. The FBI allowed them to take out a half-page ad in their 100 year anniversary magazine. 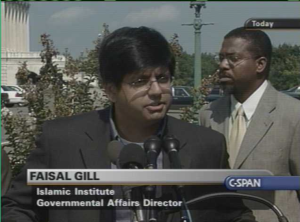 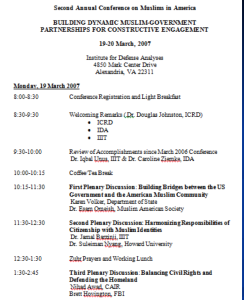 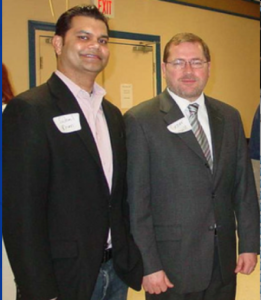 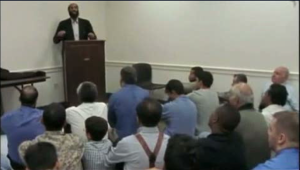 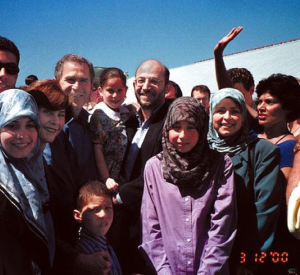 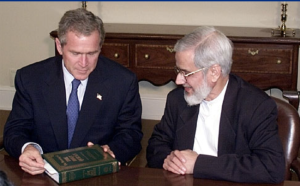 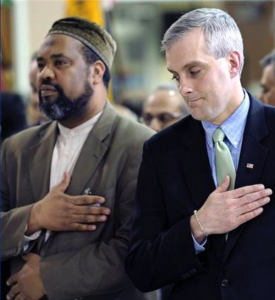 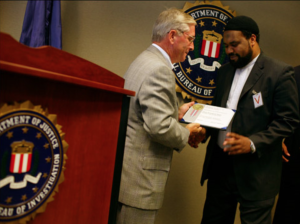 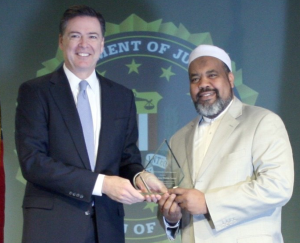 This trial was the result of a 15-year FBI investigation. 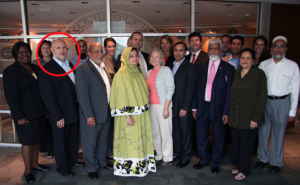 Hamas leader Sheikh Kifah Mustapha gets an in-depth tour of the National Counterterrorism Center as a part of the FBI’s Citizen’s Academy. The Hamas leader also got a tour of FBI Headquarters, and FBI Training Academy Quantico 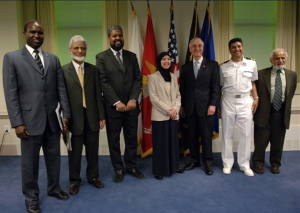 Deputy Secretary of Defense Gordon England with officials from ISNA & IIIT.  IIIT is the “Strategy Center” for Muslim Brotherhood’s operations, and ISNA was identified by the U.S. government as a Muslim Brotherhood organization which funds the terrorist group Hamas in the largest terrorism financing trial ever successfully prosecuted in American history (US v HLF, Dallas, 2008) 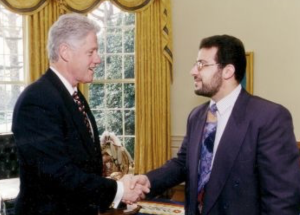 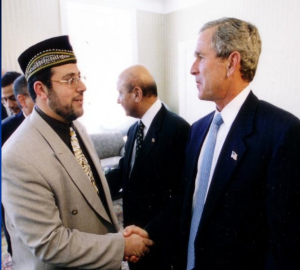 President Clinton (left) and President Bush (right) with Imam Yahya Hendi of the Fiqh Council of North America.  Evidence in the largest terrorism financing trial ever successfully prosecuted in American history (US v HLF, Dallas, 2008) reveals the Fiqh Council was formed out of the Muslim Students Association and ISNA.  All three are Muslim Brotherhood organizations. 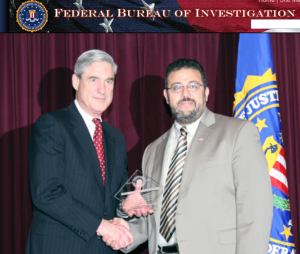 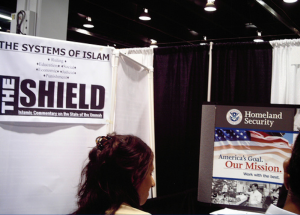 Department of Homeland Security recruitment table at ISNA conference, next to jihadi organization Hizb u Tahrir table.  Reminder:  the U.S. government identified ISNA as a Muslim Brotherhood organization funding the terrorist group Hamas.  You cannot make this stuff up. 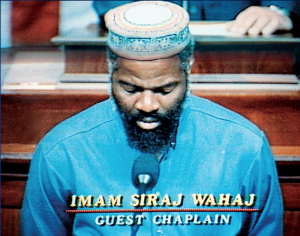 Imam Siraj Wahaj was the first muslim Imam to offer prayers in the U.S. House of Representatives – he was an unindicted co-conspirator in the 1993 World Trade Center bombing. 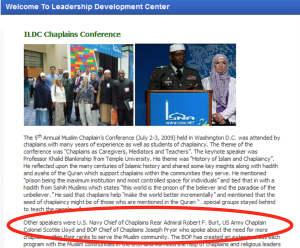 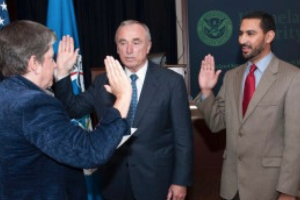 Homeland Security Secretary Janet Napolitano swears in Muslim Brother Mohammed Elibiary, one of the speakers at an event in Texas celebrating the Ayatollah Khomeini, and gave him a Secret Clearance.  Elibiary openly calls for sharia in the U.S., and was later fired by DHS.  Secretary Napolitano defended Elibiary during testimony before Congress despite the fact Elibiary used law enforcement sensitive data in an attempt to use it to politically harm then-Governor Perry. 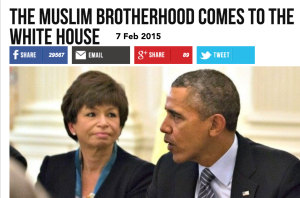 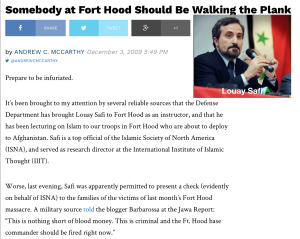 U.S. Muslim Brotherhood leader Louay Safi was the President of IIIT and AMSS, and worked for ISNA’s Leadership Development Center which certifies Muslim Chaplains for the military and Bureau of Prisons.  Now he is a leader in the Muslim Brotherhood’s Syrian National Council in Syria.

America, remember when Congresswoman Michele Bachmann called for Inspector Generals in the U.S. government to investigate the Muslim Brotherhood’s penetration in our system, and it was John McCain, John Boehner, Marco Rubio, Scott Brown, Mike Rogers and others who aggressively and publicly chastized her?