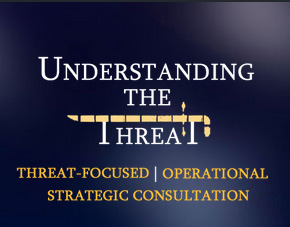 UTT (Understanding the Threat) conducted a one-day program for law enforcement, prosecutors, military and citizens in Dallas (Texas) last Friday, infusing the attendees with heavy doses of reality about the jihadi threat in the United States, and, specifically, Texas.

The response from participants was unanimously positive.

“Everybody needs to hear and know this information,” a community leader from the Dallas area told members of the UTT team.

“This was the best program I have attended in all my time as a police officer.  I am stunned to learn of the threat to Dallas from the jihadi threat, and that the very organization opposing this presentation is a Hamas front group,” said a law enforcement officer who also preferred to be unnamed for this article.

Hamas (Council on American Islamic Relations – CAIR) tried to shut down UTT’s Dallas program, but failed.  Despite the capitulation to Hamas by the leadership at the originally scheduled venue – Cedar Valley College in Lancaster, TX – and their reneging on their agreement to host the program, another venue was offered within hours and the program went off without a hitch.

Oddly enough, prior to the program in Texas, UTT published an article listing some of the evidence proving CAIR is a Hamas entity.  Read it now HERE.

Hamas is a designated foreign terrorist organization by the U.S. government and many others.

The host of the event, Pastor Stephen Broden – Senior Pastor at the Fair Park Bible Fellowship in Dallas – had this to say:  “The Understanding the Threat program is a sobering look at the Jihadi movement in America. The information provided in the seminar covers a thorough analysis of the movement through an assessment of its history and religious origins. Our nation is facing an authentic threat, one which is focus toward our very existence.  John (Guandolo) and his team are sounding the alarm as watchmen on the wall to all who would listen that America is under attack. We must respond or we will lose this great republic.”

The standard response from law enforcement, military, and civilian leaders across the country to the UTT programs is:  (1) they do not know the information presented; and (2) they believe the information is absolutely critical to protect the nation and create strategies to dismantle and defeat the jihadi network here.

UTT’s programs continue to open the eyes of leaders and law enforcement officials at all levels to the threat of suit-wearing jihadis like the leaders of CAIR, the Islamic Society of North America (ISNA), the Muslim Public Affairs Council (MPAC), the Muslim Students Association (MSA), the Muslim American Society (MAS), the U.S. Council of Muslim Organizations (USCMO), and so many others.

These jihadi (“terrorist”) groups simply want to end all discussion about jihad they cannot control. They want to shackle free speech so those who most need to hear the truth about who our enemies are, will not.

“As a highly educated executive, with ties to the special operations community, I’ve always considered myself well-versed on the Islamic Jihad threat we face today.  However, after attending the ‘Understanding the Threat’ conference in Dallas, Texas, the UTT team has elevated my awareness of this threat to a whole new level. I was awestruck at just how dire the situation is, especially here in Dallas. I immediately felt the sense of urgency to share this information with family, friends, fellow church members and local officials. This conference is a must for anyone who considers themselves a true American.”

To Bring UTT’s Program to Your Town, Contact Us HERE!