America: The Greatest Force for Liberty in the History of the World

In the 6000 years of recorded history, governments of the world were monarchs.  Rulers were czars, kings, caesars, caliphs, emperors, and the like.

When America’s Founding Fathers fought the war for Independence from the tyrannical British crown, they did so with the understanding that every human being has inalienable rights which come from a loving and just God.

By definition, these inalienable rights exists without America or any other nation, therefore no man nor government can take them from us.

The right to life, liberty, property, self-defense, and the many other inalienable rights drove the Founders to create a nation which has “The Law of Nature” and “The Law of Nature’s God” as the foundation for our law and government.

From this foundation, America was created with the intent that no law could be legislated to contradict this foundation.  From this radical idea sprung forth a government of the people for the people and by the people where liberty allows creativity, imagination, and a productivity never seen before on the planet. 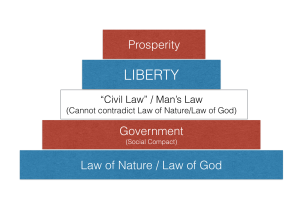 Because America built its law and government on a clear moral foundation of a reliance upon the God of the Old and New Testaments [“moral principles of Jesus” (Thomas Jefferson)], America is the longest standing Constitutional Republic, is the most prosperous nation, and has been and is the greatest force for liberty in the history of the world. 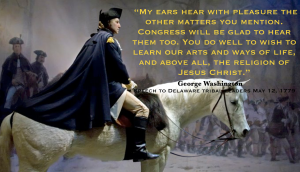 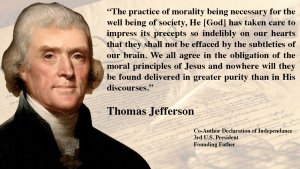 It is the duty of every American to work daily to protect and defend this nation and the liberty which comes from the ideals enshrined in our Declaration of Independence that all Men are created equal and endowed by their Creator with certain inalienable rights.

UTT wishes every American a happy and blessed Independence Day.  Let each of us do our duty today to further the cause of liberty and fulfill our responsibility to maintain our great Republic.